As many people who have been to Taiwan has said that Taiwan is a foodie paradise. No matter where you go you will find great local food if its at a family restaurant or downscale eateries or simply at a food stall on the streets, you will find delicious authentic food. In this blog post I will be talking about something well-known to many locals and youtube travelers called the pepper bun or hu jiao bing, in Chinese.

The pepper bun is a crunchy, flaky pastry with a peppery pork filling inside. It is almost always freshly made so be extremely careful with your very first bite as you might burn yourself. Also watch out for the juices squirting out and staining your clothes since the peppery pork mixture inside is very wet and oily (but the delicious oily kind). On the top of the bun is sprinkled with sesames which gives the pastry itself a savory and nutty flavour to it. The filling is extremely peppery so it is fairly spicy. So, if you cannot take the spice then I would suggest proceed with caution.

Since the pepper bun is a famous street food in Taiwan so you can probably find it at most night markets. The night markets which I have been to which has the pepper bun stall are Shilin and Raohe night market. Shilin is probably the biggest night market in Taipei and the most well known and Raohe is one more popular to the locals beside the Raohe river. This is a snack that I would recommend anyone visiting Taiwan to try and I believe that with just one bite you will fall in love with it like I did. 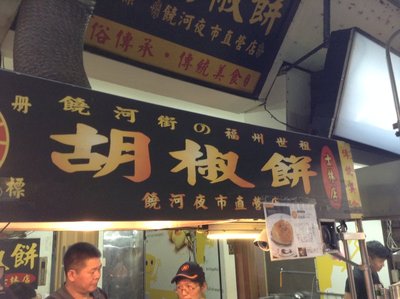 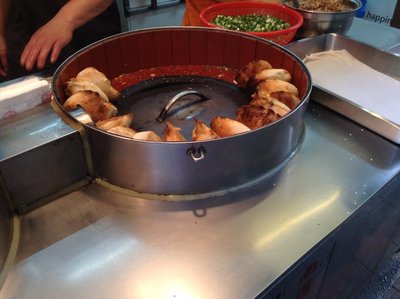 Fresh ones just made and waiting to be sold. 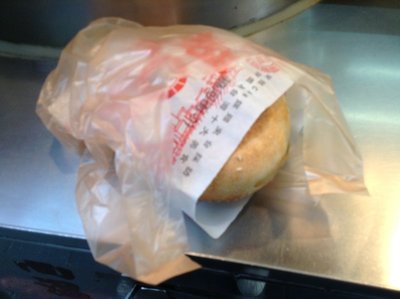 A fresh one I got from the vendor who just opened. 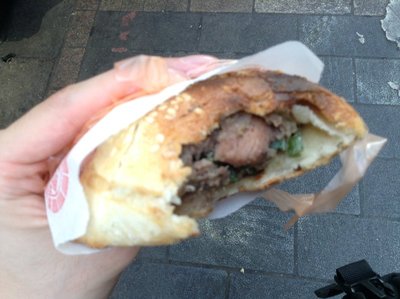 A shot of the flaky pastry outside and the inner peppery meaty pork filling.

Previous Next Table of contents

This blog requires you to be a logged in member of Travellerspoint to place comments.

If you aren't a member of Travellerspoint yet, you can join for free.